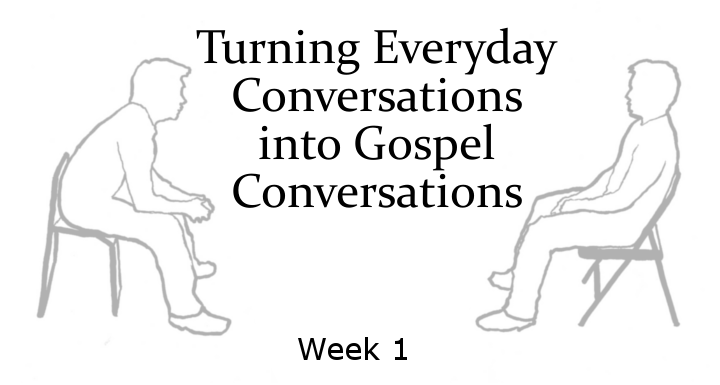 The Gospel is the good news of Jesus Christ. Gospel; conversations are conversations that are centered on the Gospel, where you have a chance to evangelize.

Acts 1:8 - This is one of the last things Jesus said before He ascended. He tells us that He has given us power and authority. This should give us the boldness we need to spread the Gospel; every chance we get.

Acts 8:1 - This verse tells us that all believers are challenged to tell people of the Gospel, not just pastors or missionaries.

Below is a diagram we can use to show people why the Gospel is important. This method is called the 3 Circles.

Note: when drawing this out for someone, you may want to leave out anything in parentheses. The references are there to help you along.

Start by drawing the first circle and write “God’s design” in it. Explain that God created the world perfect and that something happened to cause it to be imperfect.

Draw an arrow to the right and label it “sin.” Explain that sin is the reason the world fell from perfection and how it happened.

Draw the circle on the right and label it “Brokenness.” The sin in the world produced a broken world with broken people.

Draw the arrows going to the right. These are our attempts to fix ourselves. They go nowhere.

Draw the third circle and label it “Gospel.” Tell them what the Gospel is.

Draw the arrow from brokenness to Gospel and explain how we must repent and believe to accept Christ.

Now draw the arrow from Gospel to God’s design. This is where you explain that the Gospel leads to the recovery and pursuit of God’s original design.

At this point, you can lead them in a prayer of salvation if they are ready. 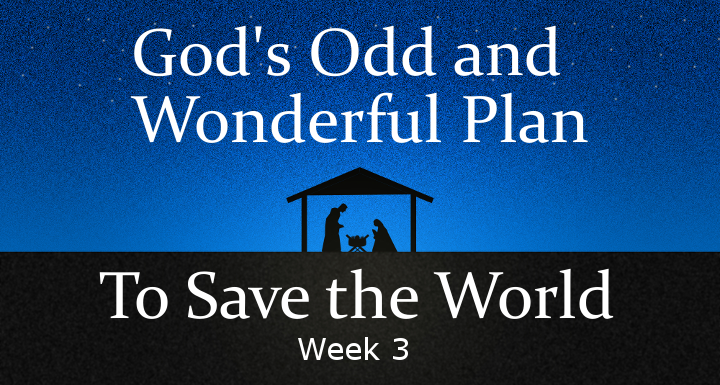 We’ve looked at the birth announcements and the births of John the Baptist and Jesus the first two weeks. Now we look at what happened after the birth of Jesus. We look at some of the visitors that came to see Him.

Why would God communicate through the stars with Magi from an eastern country? What does their visit tell us about God’s plan to save the world? … Magi are wise men from the east. They are probably astrologers, people who study the stars. It seems odd that these Magi would come to visit Jesus. … There is a lot about the Magi that we do not know. We don’t know if there were only three of them or more, or maybe even less. They may or may not have been kings.

The Magi come to Jerusalem and visit King Herod to ask him where the newborn King was. Herod, a very disturbed man, did not like that a new king was born who might overthrow him. Herod had his own son killed when his son became popular. He also had a few wives killed. … So, Herod plots to kill the child. He consults his people who would know where the Messiah was to be born and sent the Magi on their way with instructions to return to him and tell him where to find the baby. Herod said he would worship the baby, but his real motive was murder.

The Magi followed the directions given and then followed the star to the precise location of the baby. When they arrived, they bowed down. The phrase “bow down” is not what we might see on tv when characters “bow down.” The phrase here means they fell on their faces. These Magi were laying down, prostrate, in front of a bay, the Messiah.

Before the Magi could return to Herod, an angel told them to not go to Herod. An angel also appeared to Joseph and told him to take Mary and Jesus to avoid Herod’s wrath. When Herod realized the Magi were not returning to him, he ordered all boys young enough to be the Messiah according to the Magi, in Bethlehem to be killed. A terrible massacre of young boys occured.

Once Herod died, an angel appeared Joseph again, saying they could return to Israel. Joseph, Mary, and Jesus had a detour early in their family life. Many of us also face detours in our lives as we try to become who we are meant to be. This detour retraced the journey of the Israelites in the Old Testament.

God is telling us that Jesus is a worldwide Savior. He came to save all people from all nations, all backgrounds, and all religions.

God reaches out to people in ways they can understand. For the Magi, it was a star. For others it might be dreams or another person. The possibilities are limitless.

There are three responses in this passage to the news that a King has been born: 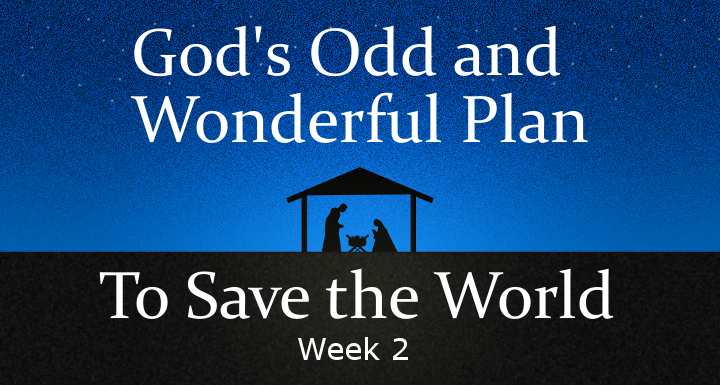 Last week we learned about 2 odd and wonderful pregnancies.

Salvation is not a philosophy. Salvation is a relationship with Jesus. We all need saving from our sin. For those of us who have already accepted that salvation, we sometimes need to ask for forgiveness for our failings too. For those who have not accepted it, consider doing so by starting that relationship today. 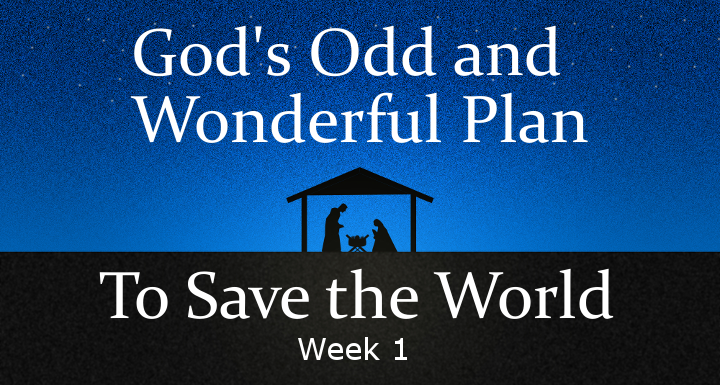 Where do we begin? Before we get to that, let’s look at the last verses of the Old Testament. In Micah 4:5-6 the prophecy of a Messiah comes and the people wait 400 years before He comes. God works on His own time, not ours.

This story starts with two odd and wonderful pregnancy announcements.

Then Mary goes to visit Elizabeth. Both are pregnant at this time. Something odd and wonderful happens. John senses the presence of Jesus and jumps in Elizabeth’s womb. Mary breaks out in song.

When Mary returns home, Joseph, her betrothed, finds out she is pregnant and decides to quietly divorce her (Matthew 1:18-25). … But an angel appears to him and tells him to not be afraid to take Mary as his wife because the child was conceived by the Holy Spirit. The angel tells him to name the baby Jesus. The name is significant. It means Yahweh saves. It is a message to Joseph and to the world that this child will save the world, He will save us from our sins. … The angel also tells Joseph this was happening in this way to fulfill the prophecy of the virgin birth. The virgin conception is certainly odd and wonderful. … The baby will also be called “Immanuel” which means “God with us.” The virgin conception is important to this. If Jesus had had two human parents then we might have more trouble believing He is fully human and fully God. But with God as His Father, we can see more easily how Jesus is both.

It is truly an odd and wonderful plan.