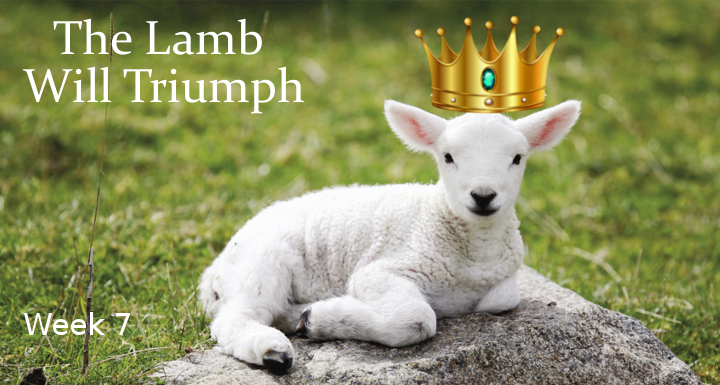 This is the seventh and final sermon in this series covering the broad themes of Revelation. In this story, the greatest ever told, we’ve seen the set up, the conflict, and the climax so far. Today we see the resolution, the conclusion, the happily ever after.

The New Heaven and New Earth (Revelation 21:1-8). … It’s not just a New Heaven. There will also be a New Earth. We won’t be just floating around in Heaven with our spiritual bodies, we will have physical bodies on a physical earth that bares similarities to this earth, but is glorified and perfect. … The sea represents separation from God. On this New Earth, there will be no separation from God, no sin. We will dwell with God in Heaven and on Earth. God will make everything new and perfect. … Those who are victorious, those who persevered for Christ, will inherit the New Heaven and New Earth. Unfortunately, not everyone will make it to Heaven. Some will go to Hell. Heaven and Hell are both real. Those who repent of their sin will go to Heaven and the others will die a spiritual death in Hell.

The New Jerusalem (Revelation 21:22-27). … We get an image of a dazzling city. Gemstones. Kingly Splendor. Work without frustration! … Once again we are reminded that not everyone will be there, but only those who have repented.

The River of Live and Tree of Life at the Center of the City (Revelation 22:1-5). … This tree was in the Garden of Eden. Humankind was kicked out of there for disobeying God. In the New Heaven though, there will be many trees of life to eat from.

Jesus says, “I am coming soon” (Revelation 22:12). … Jesus says that three times in the last chapter. That should

The Spirit and the Bride invite anyone who is thirsty to drink the water of life (Revelation 22:17). … The Spirit has always been inviting people drink of the living water. Now the Bride, the church, also has the authority to invite others to drink of this living water. 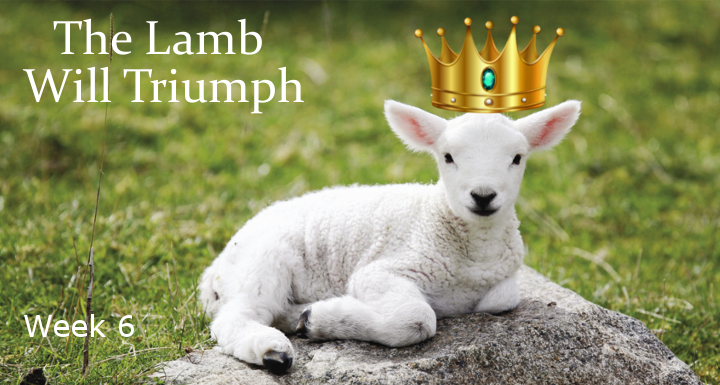 This is week six of seven looking at the greatest story ever told. All the other great stories follow a similar template, but they are all echoes of this one. All great stories have conflict and we’ve seen that the last three weeks. Every great story also has a climax where the hero somehow saves the day. That’s what we will see today.

The Battle of Armageddon (Revelation 16:13-16; 17:14) … God the Father, the Son and the Holy Spirit are the Holy Trinity. Well, Satan is an imitator and there is an unholy trinity formed by the dragon, the beast, and the false prophet. These two trinities will go to war. … The scripture says it will be at a place called Armageddon. It may be literal or symbolic. Armageddon is an actual place that has seen some crucial battles in history. When this was written, Armageddon was symbolic of any big battle.

The Return of Jesus Christ (Revelation 19:11-16, 19-20) … Christ will return, bringing justice and vengeance with Him. He will judge the world and all of the wrongs done will be corrected. He will fight battles and the blood on His robe won’t be His own. When it looks like the armies of the world are overwhelming the armies of Heaven, Jesus will defeat them with the words He speaks. The beast and his false prophet will be captured and thrown into Hell. … How much of this is symbolic and how much is literal? It’s hard to know for sure, but it definitely gives quite the image.

The Binding, Release, and Defeat of the Devil (Revelation 10:1-3, 7-10) … It’s hard to know if the events in the visions are sequential or if they are overlapping visions, each telling a different perspective of the same events. Regardless of everything else, if you stick with Jesus, you’ll be good.

Judgment Day (Revelation 20:12, 15) … There will be judgment for everyone. There is a book that contains all of our sins, but for those of us who have accepted the salvation that Christ offers, the sins will be unreadable because they are covered by His blood. 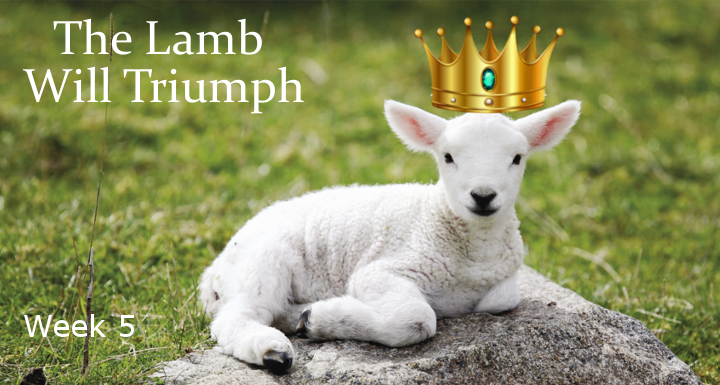 This is our fifth week in this series and third week covering the middle chapters of Revelation where the conflict is at its height. This week we will see that God will protect His people from His wrath.

Before God unleashes His wrath He sends an angel to put a seal on the foreheads of those who are His servants (Revelation 7:1-4, 9-10, 13-14). … The angels are about to release more of God’s wrath but they pause for a moment so that the servants of God may receive a mark, separating them from the followers of the Antichrist. … Let’s look back to Exodus for a moment. When God sent the plagues, the people of Israel were unaffected, then on the last plague, they were required to put the blood of a lamb on their doorposts for protection. This appears to be a similar thing.

This is a seal of ownership and protection like that in Ezekiel 9:4 and like the sealing of all believers with the Holy Spirit (Ephesians 1:13-14). … We don’t know what the seal will be or even if it will be visible.

The 144,000 mentioned in chapter seven has many interpretations. It might be literal. It may represent all believers. It may be just a group of believers from Israel, 12,000 from each tribe. … Regardless, it appears there will be a group of believers who will receive a special mark.

This seal is related to the name of God, and it contrasts to those who are marked with the name of the beast (Revelation 14:1, 9-11). … God will essentially put His name on those who are sealed. It is a mark of ownership and protection.

Christians and non-Christians alike get the flu. We all suffer due to the curse of sin in this fallen world.

Without the mark of the beast, we will be persecuted on Earth, but with the seal of God, we will be protected from God’s wrath, which is a better deal. 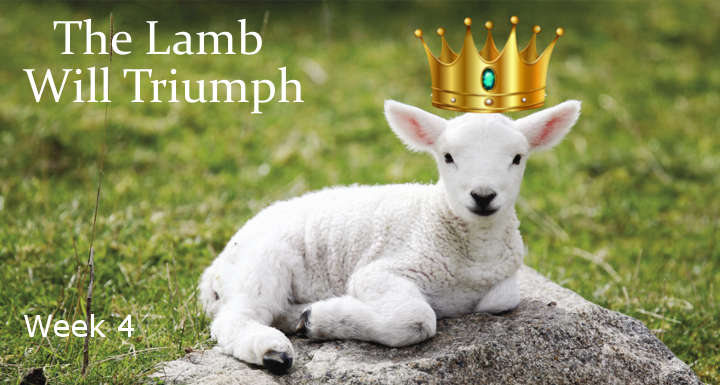 This is the second of three weeks we’ll spend in this middle section of Revelation where the conflict reaches its height. Last week we saw that evil will win some battles, but this week we see God release His wrath upon the earth in judgment. … When we see injustice in the world, we feel a righteous angry towards those who commit the injustice. That anger comes from being made in God’s image. If we have trouble accepting injustice, just imagine how God feels towards injustice and those who commit them.

Wrath is God’s intense hatred of all sin. There are two aspects to God’s wrath:

In Revelation, God’s wrath is poured on the earth in three series of sevens:

God’s wrath is described as a cup which sinners must must (Revelation 14:9-10).

On the cross, Jesus drank the cup of God’s wrath for us (Luke 22:42; John 3:36). … Today we took the Lord’s Supper as a way to remember what Jesus did for us. Jesus knew the wrath of God and that all sinners deserved it. But Jesus took our cup and drunk it. Jesus has already endured and absorbed the wrath of God for those who have accepted Him as savior.