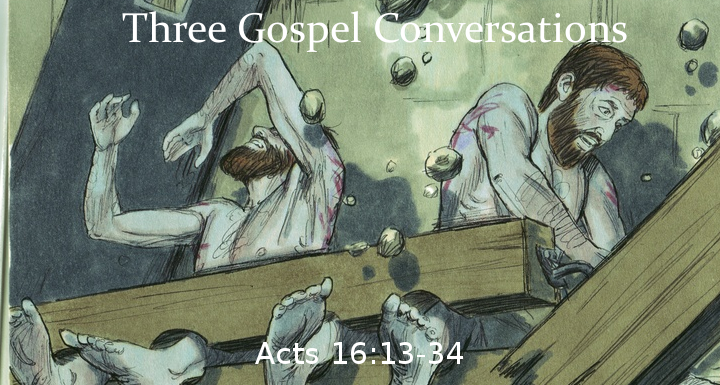 Background: By 325 A.D. Christianity had spread to over half of the Roman Empire. It began with twelve guys on a hillside with no power, no money, no endorsements, and no celebrity recognition. All they had was an absolute conviction that Jesus had risen from the dead and a power poured into them called: the gift of the Holy Spirit. The key to this exponential growth was that every person, not just a handful of specialized apostles, carried the message of the Gospel. The whole church saw it as their responsibility to have Gospel Conversations.

The question we want to ask this morning:What does evangelism by the ordinary people look like?

We are going to observe three Gospel Conversations with three persons of interest:

Conversation #1: Lydia the Merchant (Acts 16:13-15). … Lydia was a merchant who was on her way to a prayer meeting. She believed God existed but was not yet a Christian. God opened her heart to hear the message in such a way that she craved to hear more.

Conversation #2: The Slave Girl (Acts 16:16-18). … Paul and friends went back to the same place they met Lydia. Why? When you make return trips to a place, you can get to know the people there and build relationships with them. Those relationships can lead to Gospel Conversations. … This time Paul and his friends meet a slave girl. (Human trafficking is still something that is a problem today just as it was then.) This slave girl has a demon inside here that allows her to predict the future. The demon also who the apostles were and who they serve. So, she followed them around for a few days announcing who they were. Eventually Paul got annoyed and cast the demon out. As a result, she lost her ability to predict the future and earn money for her owners. This causes problems and leads to the next Gospel Conversation.

Conversation #3: The Roman Jailer (Acts 16:19-34). … This Roman jailer would have likely been a well-decorated, retired veteran of the Roman military. They put Paul and Silas in the inner prison, which was likely down below the other cells and also where any refuse from the upper cells would go. To make it even worse, Paul and Silas were likely hanging by their feet. … Somehow they had the idea to sing praises to God. Then the prison shook and the doors opened and the chains came loose. The jailer knew if anyone escaped, his life was forfeit, so he prepared to kill himself until Paul called out to him. No one had left. The jailer was so moved that he asked what he needed to do to be saved. So Paul and Silas preach the Gospel to him and he and his family become saved.

Why are these stories included? 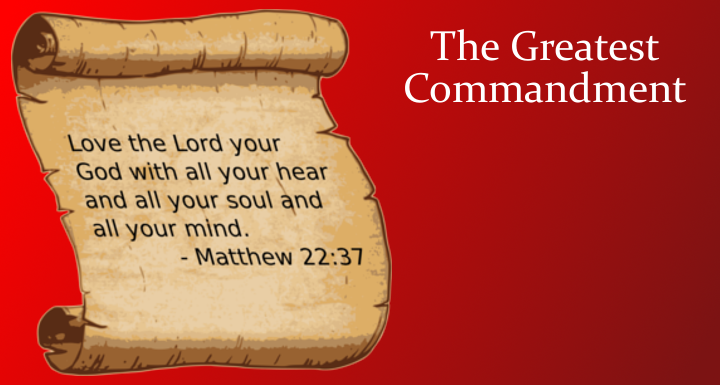 Context: Matthew 22 shows Pharisees and Sadducees following Jesus around asking questions they think will trap Him or stump Him. Finally they ask Him what the greatest commandment is.

Jesus says three things will compete with God for your first love in your life:

How can you cultivate a love for God? Change your habits (John 21:15-17). … Jesus asks Peter thrice if Peter loves Him. All three times, Peter says yes and Jesus tells him to take an action: to feed His lambs, to take care of His sheep, to feed His sheep. Love is evidenced by our actions. 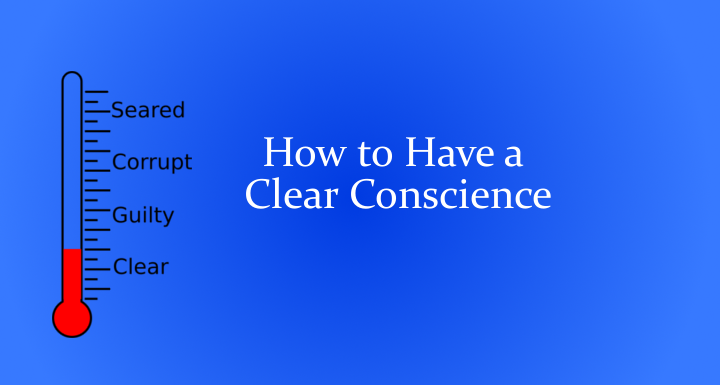 Treat the above bullet points as a type of thermometer. We want the reading to be as low as possible. … A corrupted corrupted conscience is one that makes it more difficult to respond to guilt. A seared conscience is one that no longer even feels the guilt. The “guilt nerve-endings” have been burned and no longer function. … Where are you on this scale and which way are you moving?

How can I move from a guilty conscience to a clear conscience?

Baptism is the pledge or testimony of a clear conscience (1 Peter 3:21). … This is the sign of a new Believer. … Now, we continue to sin even after baptism and need to clear our conscience. The Lord’s Supper is another symbolic act that helps us maintain a clear conscience. (Sometimes we need something physical to help us remember to do something spiritual.) 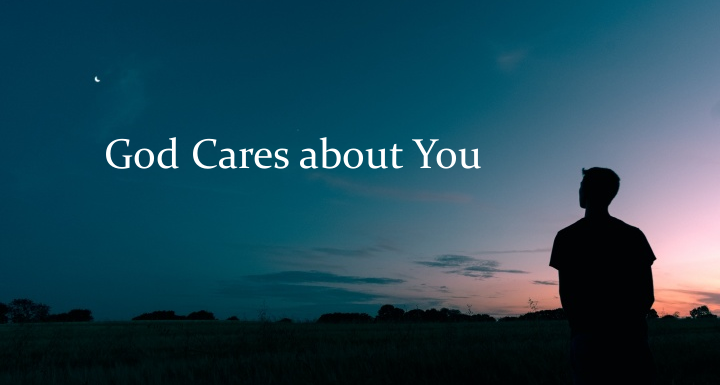 Deism says God created the world, but He is not now directly involved in the world. … Some may not have known this term, but this is how many live. They believe in God and that He created everything, but then they live their lives as if God isn’t involved in His creation.

Christians believe in God’s providence: God is actively involved in His creation at every moment and personally cares for us.

Sometimes we doubt this:

Matthew 10:16-28 gives context to what we’re about to go over. Jesus is sending His disciples out to preach and warns them of the danger but also gives them reasons to not be afraid when bad things are happening to them.

Jesus gave two illustration of the personal care of God: 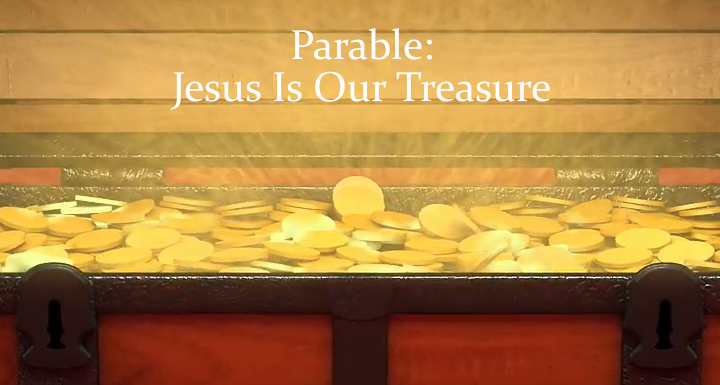 Big Idea: The value you place on something is shown by what you are willing to give up for it.

Both of them encounter something of such value that it makes everything else in their lives look worthless by comparison. … Jesus says this is what discovering the Kingdom of God is like; this is what understanding the Gospel is like.

Three applications from these two parables: