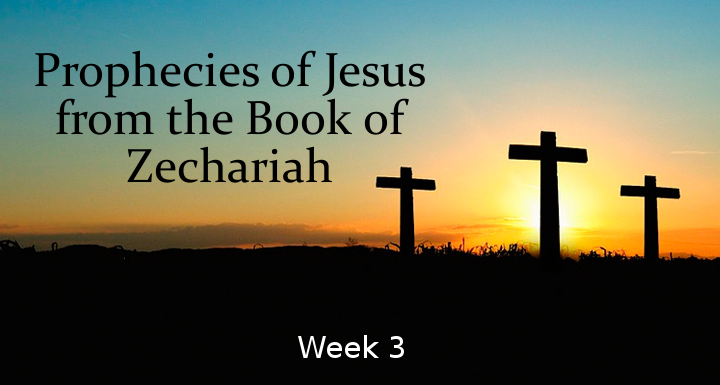 Archeology has confirmed the accuracy of the Bible in many stories.  This is one reason we believe what the Bible says.

Other evidence is the number of fulfilled prophecies which is what this sermon series is about.

Zechariah 9 contains three prophecies, like three distant mountain ranges. … Mountain ranges can look close to each other. You may go hiking and see two ranges, one behind another and they look close, but when you reach the top of the first you see a large valley between the two.

These prophecies look like they should occur close to each other, but there are large gaps of time between their fulfilments. The first was fulfilled 188 years after being made. The second was around 550 years after the prophecy. And the third has not been fulfilled yet, but was spoken about by Jesus. 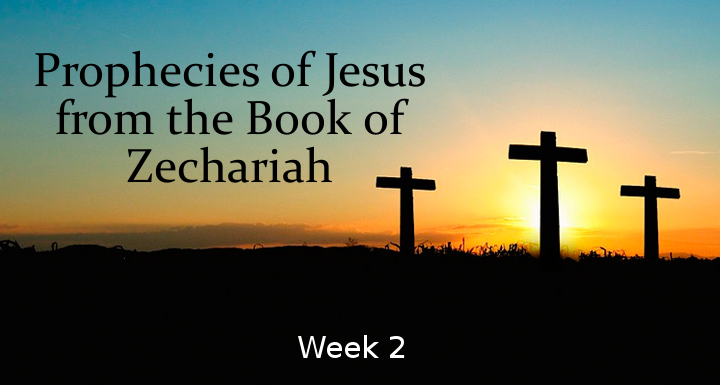 Last week we looked at how Jesus is the Good Shepherd that Zechariah predicted and that He was rejected and killed just as Zechariah said. This week we look at a couple more fulfilled prophecies from Zechariah.

Preaching in 520 BC, Zechariah predicted a great future for Jerusalem. He wrote: “The Lord will again comfort Zion and choose Jerusalem” (Zechariah 1:17). He predicted a coming King who would be a Good Shepherd.

Prophecy: When the Shepherd is struck, the sheep will scatter (Zechariah 13:7).

Fulfillment: Jesus quoted this verse to His disciples and warned them they would fulfill it. They tried to avoid fulfilling it, but they did! (Matthew 26:26-35, 55-56, 69-75). … This is where Peter’s infamous three denials before the rooster crows experience comes in

Prophecy: On the day the Shepherd is pierced, a fountain of cleansing will be opened in Jerusalem (Zechariah 13:1).

Fulfillment: When Jesus was pierced with a spear, there was a flow of blood and water (John 19:34). The fountain of cleansing is the blood of Jesus (1 John 1:7; Revelation 7:13-14). … The idea of blood being a cleansing agent is a bit disgusting until the history behind it is understood. In the Old Testament, the Israelites were told by God to sacrifice animals as a way of cleansing them of their sin. This is because, as Paul put it, “the wages of sin is death” (Romans 6:23) and that wage must be paid. In the Old Testament, it was paid for by the animal sacrifices. Now we have the perfect sacrifice of Jesus who died “once for all” (Hebrews 10:10) so that we don’t have to keep offering sacrifices. … Sin is like stains on clothes. Some are harder to get out than others. We tend to hold on to guilt for some things. This is a limitation we put on ourselves. The blood of Christ will clean even the most stubborn sin stains if we simply apply it. Part of that process is forgiving yourself and letting go of the sin. … Sometimes we hold on to stains that may have been caused by someone else’s sin. We keep bringing it up and holding it over them. Let the blood of Christ cleanse that stain too. Forgive the person and let it go. … Forgiving doesn’t mean you forget the sin. That’s a whole other sermon though. 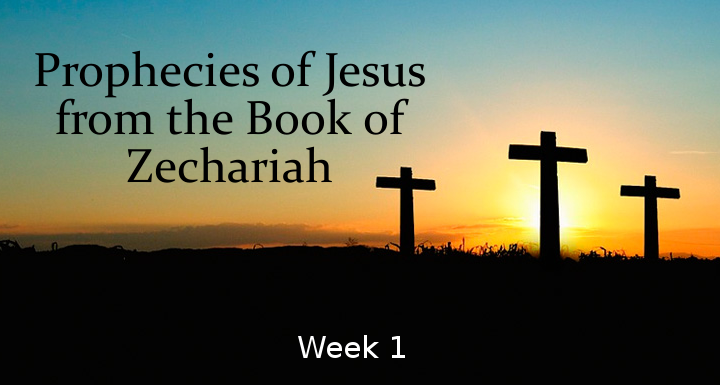 God had allowed the Babylonians to conquer Israel as punishment. After 70 years, they were released. Ezra brought some of the Israelites back to Jerusalem. Haggai and Zechariah came along as prophets who would help lead the rebuilding of the city. Haggai was a bit more practical and focused on the current times. Zechariah was looking to the future and had visions.

Zechariah preached during the time of Ezra in 520 BC, encouraging the people of Israel to rebuild the temple. Zechariah told them God has a great future in store for Jerusalem. His book is like Revelation, containing visions full of strange symbols. In the final chapters of his book, he predicts a coming Shepherd/King.

This is not just the story of those who were there. This is our story as well. We have pierced Him with our sin and rejected Him and killed Him. We have the choice of when and what to mourn though. We can wait and mourn His second coming with regret or we can mourn our sin now in repentance (Acts 2:22-24, 37).

David Brainerd was a missionary to Native Americans and kept a journal. On August 8, 1745 (page 11), he witnessed a revival among the Native Americans that saw them mourn and cry and just be broken over their own sins, no matter how big or small.

God doesn’t want us to be sad. He wants us to choose the path that leads to joy, but to do that we must mourn our sin and repent of it. May our hearts break for our sin so we don’t mourn with regret when Jesus comes again. 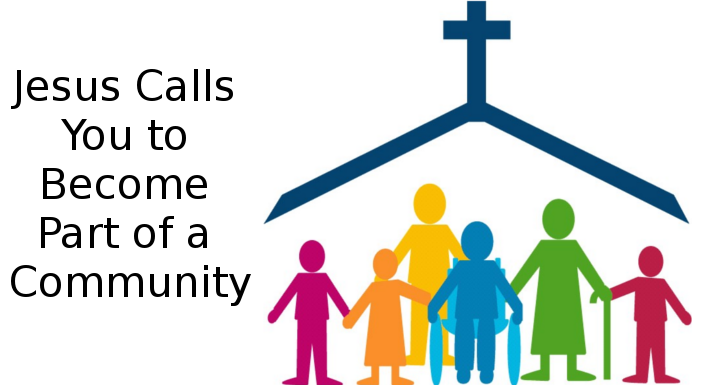 When you become a follower of Jesus, you become part of a community with God (John 14:23). … God exists in a community. We call it the Trinity. Since before the world existed, God was living in community and has modeled that for us.

When you become a follower of Jesus, you also become part of a community with other believers (John 17:21-22). … Jesus could have prayed many things for us in the Garden of Gethsemane but He prayed that we would “be one,” a united community. … This isn’t just the global church that we should be part of. It is also important to be involved with a local church, a local group of believers. The word “church” is used over 100 times in the New Testament. Only eighteen of those times are referring to the global church. The rest are about local churches. Local churches are important.

What is life in this community supposed to look like?

The New Testament uses the phrase “one another” fifty times in reference to Christian community.