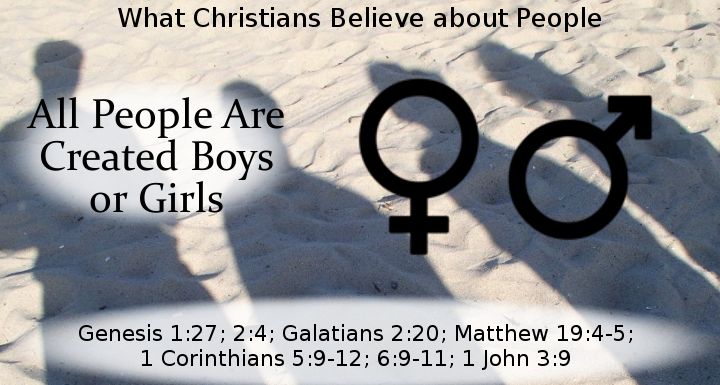 God sovereignly gives the gift of gender to us (Genesis 1:27). … God created the first people male and female.

There are many people who identify as the opposite gender of what they were given by God. Some even identify as somewhere in between. This is something seems to be more relevant in big cities, but even in our smaller city, there are people struggling with this issue. It is something that we need to address as Christians.

What should you do if you are experiencing gender confusion? Submit your feelings to your body rather than trying to submit your body to your feelings. Jesus can help you (Galatians 2:20). … Feelings are imperfect and can often lead to misguided actions. They are not something you should use as a guiding force in your life.

We are called to love and respect everyone. Some advocates of the LGBTQ+ community will say that denying part of who people identify as is hate, not love or respect. They seem to fail to understand that we can still love and respect the individual person even though we do not approve of part of their personal identity.

Based on this gift of gender, God gave the blueprint for intimacy between the sexes (Genesis 2:4). God’s plan is for the good gift of sex to be expressed between one man and one woman in a committed relationship, exclusive relationship (Matthew 19:4-5). All other expressions of sexual intimacy are outside of God’s will.

Questions from our high school students: 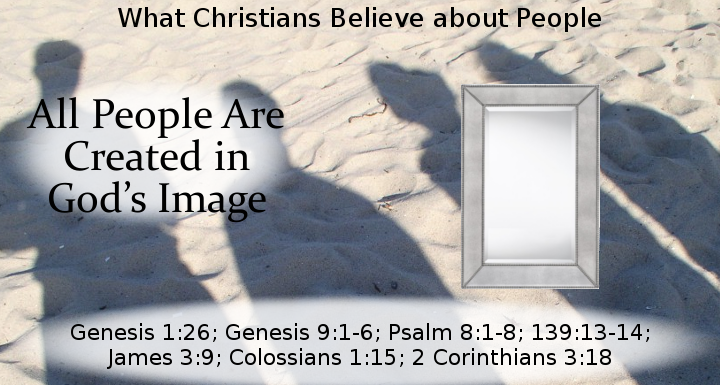 This starts a new series that will focus on the doctrine that covers what we believe about people. Throughout Christian history we have had to defend our beliefs. Different time periods have focused more on a specific doctrine to attack. Now it is the doctrine of man that seems to be under attack more than others.

To be created in the image of God means:

This verse tells us that we are made in God’s image, all of us. Because of that, we can relate to God in a way no other beings can. We reflect His glory like a mirror reflecting an image. God put humans over all other creation, and one way we reflect God’s glory is to rule over the Earth.

All humans are valuable. … We are all created in the Image of God and are equal. We have intrinsic worth because we reflect God’s glory and are created in His image.

Some people advocate for animals to have equal rights to humans. Some even say that humans who have mental diffencisies should have some of their rights taken away, putting them below these animals. The Bible clearly tells us that Humans have been put over all other inhabitants of the Earth and this is not something to be changed. … Some say that because we value life so much that we should always be against war. However, the Bible makes it clear that life is so valuable, sometimes life must be taken to protect it.

We praise God with our mouths and sometimes we slip and curse humans who were made in God’s image. That’s something we can work on. We shouldn’t be cursing other humans. No matter what they’ve done, they are valuable and need to be respected because they were created in God’s image.

If we really want to know what it means to be made in the image of God, we must look at Jesus (Colossians 1:15).

Even though we were made in God’s image, it is still possible to grow and become more like Him. 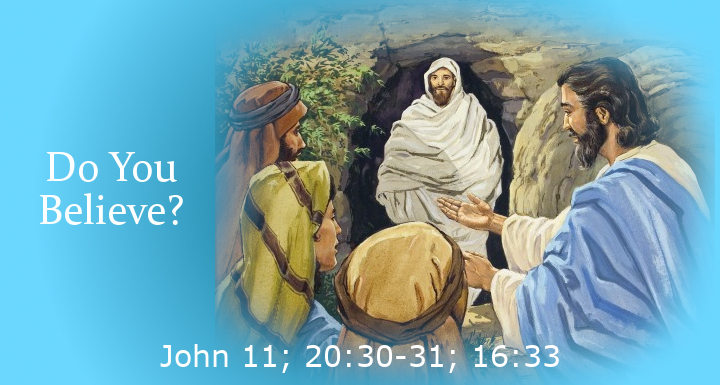 With our head pastor and associate pastor both out of town, our youth pastor was given an opportunity to preach in big church this week and gave a great sermon.

Let’s start by asking the question: who is Jesus? That’s what John does. His Gospel was written to help others believe that Jesus is the Messiah (John 20:30-31).

In John chapter 11 we find the story of Lazarus, where Jesus raises him from the dead

Scene One: Jesus hears the message. … Lazarus’ sisters, Mary and Martha, sent word to Jesus that Lazarus was sick and near death. Jesus says the sickness will not end in death and waits two days before going to visit Lazarus and his sisters. Jesus is going to use this situation as a way to teach others about His authority.

Scene Two: Jesus comforts. … When Jesus arrives, Lazarus is dead and has been dead for four days. Martha and Mary are devastated and grieving. Martha confronts Jesus and says that if He had come sooner, Lazarus would have lived. Jesus says that Lazarus will rise again and Martha believes Him but doesn’t fully understand. She thinks Jesus refers to the resurrection at the last day. Of course, that is also part of the meaning of Jesus’ answer, but the next scene reveals a more immediate answer. Then Mary came out and met Jesus and, like her sister, expressed that she believed that Jesus could have kept her brother from dying. Then she takes Jesus to the tomb where Lazarus had been buried.

Scene Three: Jesus raises Lazarus. … Jesus orders for the tomb to be opened. No one else thinks this is a good idea because the rotting corpse will have quite an awful stench. “Then Jesus said, ‘Did I not tell you that if you believe, you will see the glory of God?’” so they opened the tomb and Jesus thanks the Father out loud so everyone can hear so that they might believe that He was sent by the Father. Then Jesus commands Lazarus to come out of the tomb and Lazarus gets up and walks out.

Scene Four: The plot to kill Jesus. … Many of the Jews there saw this miracle and believed in Jesus. Some went to the Pharisees and told them what Jesus had done. The Pharisees held a meeting and decided Jesus was a security risk for the Jewish people. So they plotted to kill Jesus before He could gain a big enough following that the Roman government would have to act on it. 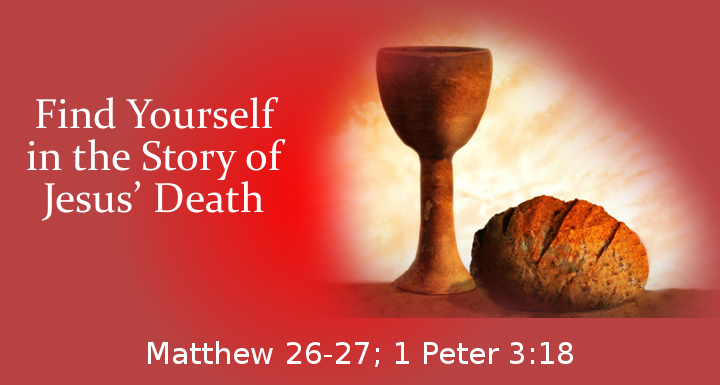 Today we took the Lord’s Supper, which represents the death of Christ. One of the challenges we face is trying to make a connection to the event that happened so long ago.

If you had been present at the trial of Jesus, whom would you have been? With whom could you identify?

You might be able to connect with Peter’s fear or Mary’s sadness. But there is one man we can all identify with, and that is Barabbas, a rebel and thief and murderer who was condemned to be crucified.

In the time when Jesus was to be crucified, Pilate had a tradition of releasing one Jewish criminal to the people. This time he gave the people a choice between Barabbas and Jesus. It was a choice between someone who never sinned and a man who was a known sinner. The people asked for the sinner, Barabbas, to be released. Ultimately, Jesus took the place of this sinner on the cross. The sinner was set free. The sinner likely had many questions. Who am I that He would die for me? What will I do with my new life? What path will I choose?

We are like Barabbas because we have rebelled too, not against the Roman government, but against God. Rebellion against the creator of the universe is grounds for death. Fortunately, like Barabbas, Jesus has swapped places with us. 1 Peter 3:18 shows us how this works, this is the doctrine of substitutionary atonement, that Christ died in our place to atone for our sins.

We have been pardoned. For those of us who have accepted salvation this should create a sense of relief that we aren’t going to Hell.