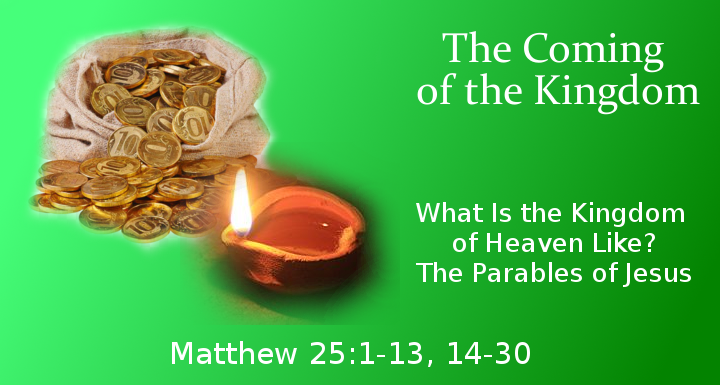 This is the final sermon of this series where we have looked at what Jesus says about the Kingdom of Heaven. We have seen that the Kingdom is already here but not yet complete. This week is mostly about what’s to come in the future.

The Kingdom has a present and a future dimension. The Kingdom is already here, but it is not yet here in fullness. What will the coming of the Kingdom be like?

In the time of this parable in Israel, there were two parts of a marriage, the betrothal and then the marriage. You may have already known this from the story of Mary and Joseph. They were betrothed when Mary was made pregnant. Joseph would have had to divorce Mary if he no longer wished to marry her. After the betrothal period is the wedding ceremony and then a party that might last a week. They knew how to celebrate weddings.

In this parable there a ten virgins, ten bridesmaids. They were waiting for the bridegroom to arrive so the wedding could begin. Well, he was taking a long time to get there and eventually night came. Five of the virgins were prepared for the night with lamps and five were not. The five who did not have oil in their lamps asked to borrow some from the ones who were, but they were told to go buy their own. Here we learn that salvation is non-transferable. Your parents’ salvation, your spouse’s salvation, no one else’s salvation can save you. The five went to get some oil and the bridegroom arrived while they were gone. The wedding started, the doors were closed, and the five unprepare virgins were not allowed in.

The key word in this parable is: ready. … Are you ready? Do you have oil in your lamp? Have you accepted the salvation offered by Christ? … Some of us think we are ready because of some singular event in the past, but we never changed and were never really ready. That’s what this next parable is about.

This parable tells about a rich man who was going away for a while and put three servants in charge of different amounts of gold. He gave one five bags, the second two bags, and the third a single bag of gold. The ones who received two and five bags went out and doubled what they were given. The third servant just hid his bag of gold in the ground because he feared what the master would do if he lost it.

The key word in this parable is: faithful … God wants us to be faithful. This parable shows us that there are rewards in Heaven for our faithfulness as the two who doubled what they were given were given more and the one who hid his had it taken away. We see that the rewards are:

Grace transforms and produces faithfulness. A lack of faith is a sign that you haven’t been transformed by grace. The servant who hid his bag in the ground had his reward taken away and was thrown out of the house. He didn’t make it into the Kingdom.

Some of us have fooled ourselves into thinking we’re locks to get into the Kingdom, but we saw last week that there will be a separation of true followers from fakes. And now we see again that there are plenty of frauds who expect to get into Heaven but won’t. Make sure your salvation is real. 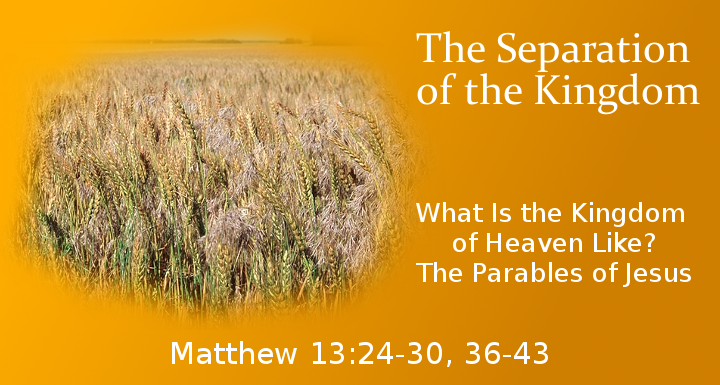 Have you ever wondered why there is evil in the world? Ever had someone who claimed to be a Christian hurt you? Ever had a church leader disappoint you? … We’ll try to see why some of these things happen as we see that the present Kingdom contains a mixture of good and evil, but a day of separation is coming.

The Parable of the Weeds (Matthew 13:24-30, 36-43) … Someone sowed weeds into a farmer’s field. The weeds were probably darnell (tares) which are indiscernible from wheat until the head grows

The Parable of the Net (Matthew 13:47-50) … In case we didn’t understand that parable, Jesus tells us another to teach us the same points. This time it’s about fishermen casting a large net, collecting both good and bad fish. Once the net is full and brought ashore, the fishermen separate the good from the bad. 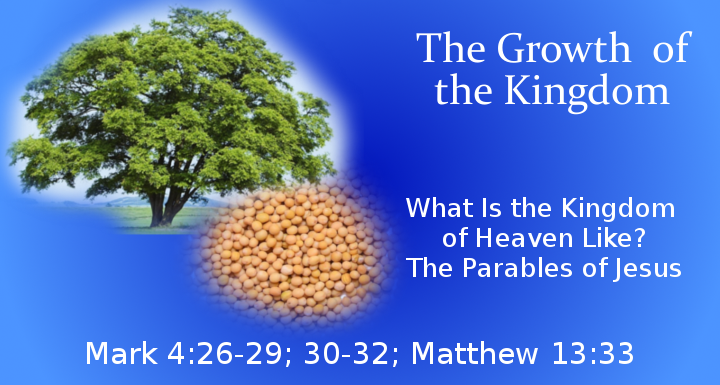 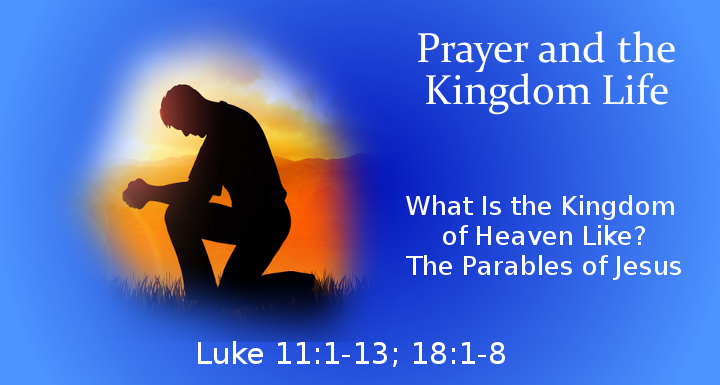 How are we to pray as citizens of the Kingdom? 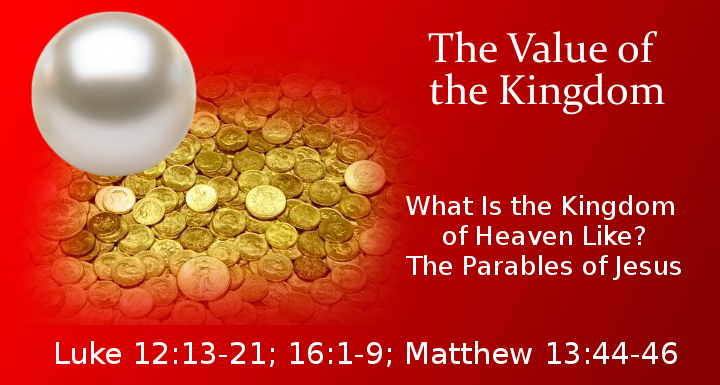 This is the halfway point in the series, so here’s a quick recap of what we’ve learned:

The Kingdom of Heaven is more valuable than anything else. The wise person invests his or her life in the Kingdom.

The Parable of the Rich Fool (Luke 12:13-21). … A contested will can bring out greed in many of us. Jesus warns us that life is not about having many possessions. Then Jesus tells a parable about a man who stored up riches on Earth to serve him for years to come. This man had a great retirement plan, but he was too focused on himself, storing up things for himself, but not being “rich towards God”. We are warned that we should invest in God and l;ife after death instead of the life we have right now.

The Parable of the Shrewd Manager (Luke 16:1-9). … Why would Jesus tell a parable where a dishonest man is the hero? Well, it’s not to encourage us to be dishonest, but to tell us to be shrewd, to be clever, with our investments. He tells us to use worldly wealth to make friends and to turn worldly wealth into eternal wealth. We should take every opportunity and every dime to show others Christ and build up treasure in Heaven.