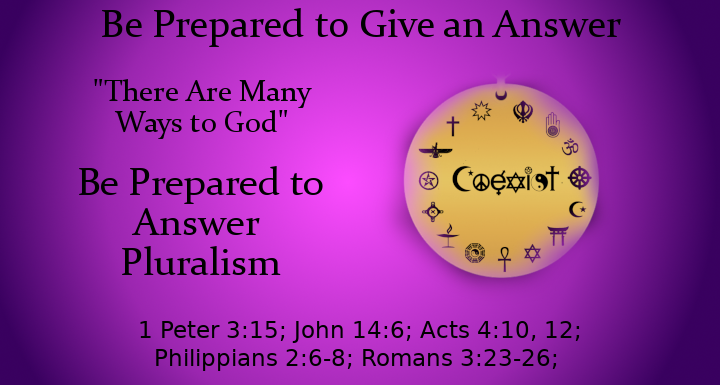 Key verse for this series: 1 Peter 3:15 tells us to be gentle and respectful when discussing issues with people who disagree with us, and that we need to be prepared to give an answer.

Pluralism is the idea that ALL religions offers legitimate paths to God. NO single religion has a monopoly on how to be saved. In religious pluralism all roads lead to God. A pluralist is okay with stating that all truth claims are equally valid. It doesn’t matter what you believe as long as you are sincere. … If you ask three blind people to touch an elephant and say what it is, one might touch the trunk and say it’s a snake, Another might touch the tusk and say it’s a spear. The third might touch the tail and say it’s a rope. None is more right or wrong than the others and all reached their own conclusions based on the information they had. The Pluralist will tell you that’s how religion is too.

What evidence is there that Christianity is a more plausible worldview than pluralism? 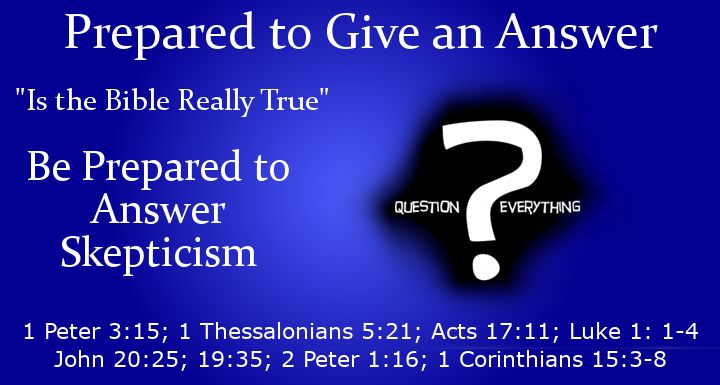 Key verse for the series: 1 Peter 3:15 tells us to gently and respectfully respond to those who question our faith. We’ve looked at a few ways to do that already. This week we look at how to do that when skeptics are asking the questions.

There is a certain amount of skepticism needed in life. That’s the idea behind the ”chew and spit” part of each sermon in this series. However, there is an unhealthy skepticism in our culture and this sermon will look at three of the most common questions or claims made by skeptics.

Skepticism says we cannot know truth even if it exists. Skeptics ask, “How can we be sure?”

What Skeptics Say About the Bible: 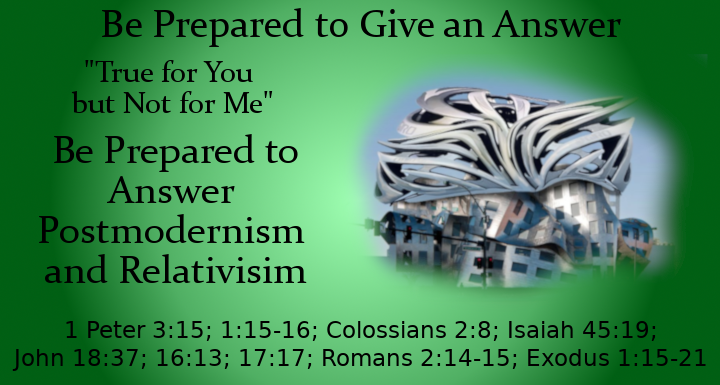 The key verse for this series is 1 Peter 3:15 which tells us to gently and respectfully defend our faith. Colossians 2:8 also tells us to make sure we are not taken “captive by hollow and deceptive philosophy.”

Postmodernism says there is no objective truth. All truth claims are subjective. Relativism says there is no absolute right or wrong. It says those who believe in absolute truth are intolerant … Before the Modern era, the common belief was that truth comes from God. The Modern era made the idea that truth comes from reason popular. Now in the Postmodern era, the idea that there is no objective truth has become popular. Relativism is closely related to Postmodernism and adds that truth claims aren’t only relative, but also are only for grabbing power.

How can we be prepared to answer postmodernism and relativism?

Gently point out the consequences of relativism: Are you willing to say that slavery, murder, rape, or human trafficking is wrong for some but not others? Was the Holocaust wrong or just wrong for some people?

Postmodernism is inconsistent. Postmodern architects must use objective truths to make their buildings stand up. Math is all about absolute truths. Engineering relies on math. Buildings stand because their designers engineered it to. Even postmodern architecture that looks chaotic with stairs going nowhere and columns holding up nothing, still stand on those absolute truths.

Jesus is the truth. He wants us to know the truth and build our lives on the truth. 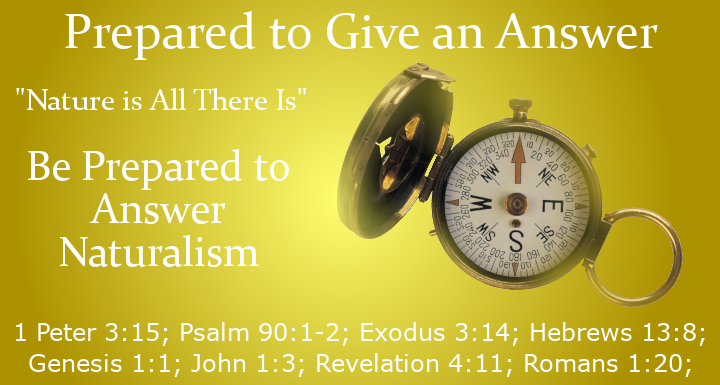 The Bible tells us that we should be prepared to give answers and defend our faith (1 Peter 3:15). We aren’t going to argue people into being saved and we shouldn’t respond with harshness or hate, but with gentleness and respect. This series will cover five different worldviews that conflict with the Biblical worldview and how we can respond to supporters of those worldviews. The first one we’re going to look at is Naturalism.

Naturalism (or Materialism) says that matter and energy is all there is. There is no supernatural. Natural causes explain everything. Science is the only means to knowledge … Carl Sagan once said “the cosmos is all there is, or ever was, or ever will be.” Sagan is an atheist who, like many atheists, hold the Naturalistic worldview.

Let’s introduce a concept called “chew and spit.” It’s a bit of a weird name, but it means we need to take everything we hear and chew it a bit, see if it’s good, and spit out that which is bad. We don’t want to reject anything without considering it first.

What evidence is there that Christianity is a more plausible worldview than Naturalism?