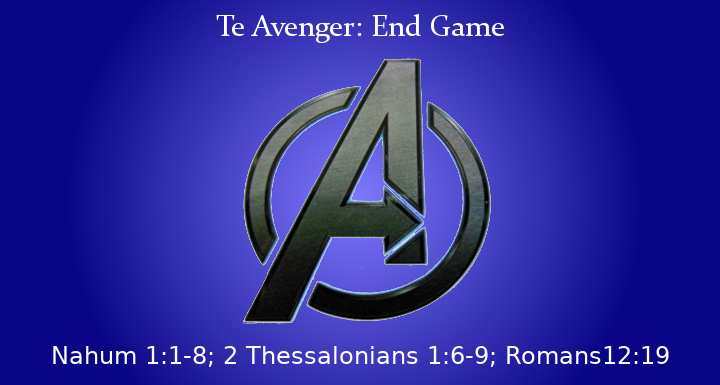 Vengeance is defined as payback or retribution for something that someone has done wrong. Some people say they don’t want a God who is vengeful. But it’s possible these people are deceiving themselves and they really do want a God who is vengeful and deals out justice. Just look at the current number 1 movie, soon to be number 1 all-time, Avengers: Endgame. The movie is about heroes who are taking vengeance on the villian on behalf of the universe. People may say they don’t want a vengeful God, but the evidence in our culture indicates otherwise.

Nahum’s prophecy is about the city of Nineveh. Another book about this city is Jonah. These people returned to their evil, and now Nahum says they will be destroyed. God can use natural disasters and wars to exercise His vengeance. … The people of Nineveh were cruel people and did detestable acts. However, in the book of Jonah, God sends a prophet to warn the city that He would destroy them unless they repented. They repented and God relented, showing His mercy. Then about 150 years later, Nahum has a new message for the people of Nineveh. Nahum starts out by saying God is slow to anger, telling us that anger and vengeance are not the first of His attributes to be revealed. His wrath is great and terrifying. But God also is merciful and extends grace, but that mercy and grace looks even more welcoming with His wrath in the background. After stating these attributes of God, Nahum prophesied that Nineveh will be destroyed and doesn’t give an option for repentance and mercy. The people of Nineveh, the Assyrians, no longer exist today.

The vengeance of God in this present world is uneven and incomplete. But there is coming an endgame to His vengeance. When Jesus returns, He will take vengeance on those who do not know God and do not obey to His Gospel. … In our world, some crimes go unpunished. Sometimes innocents are punished with or in place of the guilty. Endgame spoilers: In Endgame the forces of Thanos gather on one side of the battlefield and the Avengers gather on the other side. Using time travel, they were able to bring back those who died in the previous movie. When Jesus returns the dead will rise and join Him and He take vengeance on those who do not know Him.

Christians must not take revenge. We must leave room for God’s wrath Because of the vengeance of God, we can let go of bitterness, trust God’s justice, and pray for our enemies. … Whenever we try to take vengeance into our own hands it turns into revenge, which involves more personal feelings and emotions. Paul quotes Deuteronomy here and tells us that vengeance belongs to God and that we should leave it to Him. This allows us to let go of bitterness. 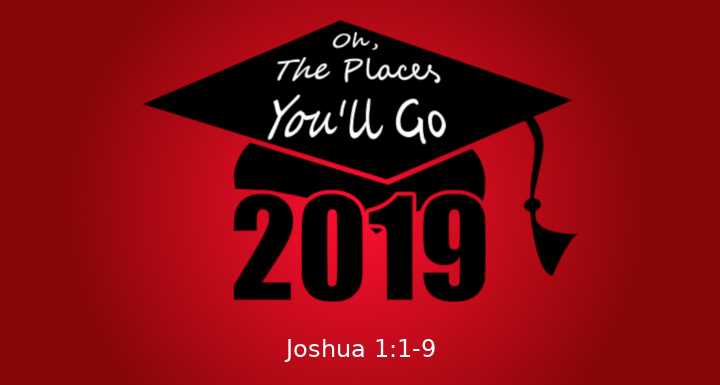 This week we celebrate the graduating seniors with a sermon from our youth pastor.

You may recognize the sermon title as the title of a Dr. Seuss book. In the book, a young character leaves home and goes on a journey. The journey takes him to various places and requires courage. Today’s sermon is mainly directed at graduating seniors, but also applies to all of us.

God commissions Joshua to be the next leader of the nation of Israel. He must be courageous and step up to the task. … Joshua has seen many powerful works that God has done through Moses. Now, it’s his turn to lead his people and he has some big shoes to fill.

4 distinct pillars of courage to lead you into the future:

In one of his Unspoken Sermons, George MacDonald writes, “In whatever man does without God, he must either fail miserably--or succeed even more miserably.” MacDonald understood that wherever we go and whatever we do, God is there and we should do all things with Him. Many of the things we do require courage, and our courage rests upon Him, His assignment, His presence, His encouragement, His word. 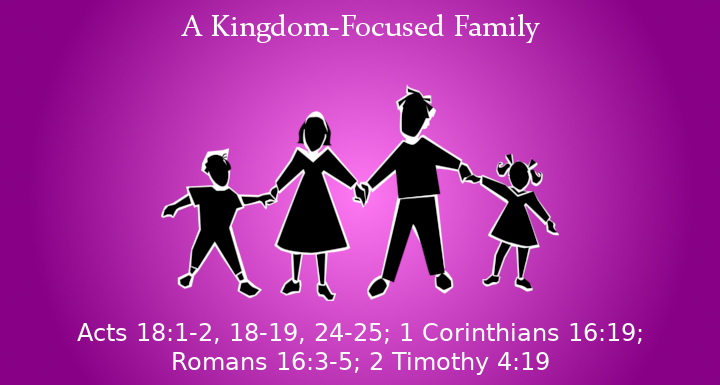 The example of Aquila and Priscilla:

Aquila and Priscilla thought Claudius, the Roman Emperor who expelled Christians from Rome, had simply kicked them out of their home. But God used Claudius to cause them to meet Paul. They somehow saved Paul’s life and he kept preaching. Their encounter with Paul led them to many other places and to good work for Christ. 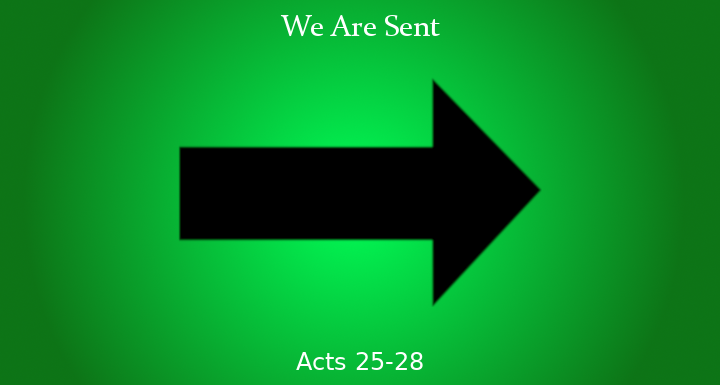 Today we are going to look at how God sends the Apostle Paul to fulfill his dream of getting the Gospel to Rome, nearly 3000 miles from where the Spirit first descended upon the church in that Upper Room.

The book of Acts only has 28 chapters and ends abruptly, But did it really end or are we in chapter 29 right now? Here's some tips on how to live like we are in Acts 29.

Be Sent in your inviting…. We tend to invite other Christians to church events. That's not a bad thing, but we really need to invite non believers even more so.

Be Sent in your volunteering…. Have you been affected by a volunteer? Pay it forward. Volunteer to go on missions or teach a class or do nursery.

Be Sent in your generosity…. Giving is important. It's how we pay for new materials for missions and classes among other things.