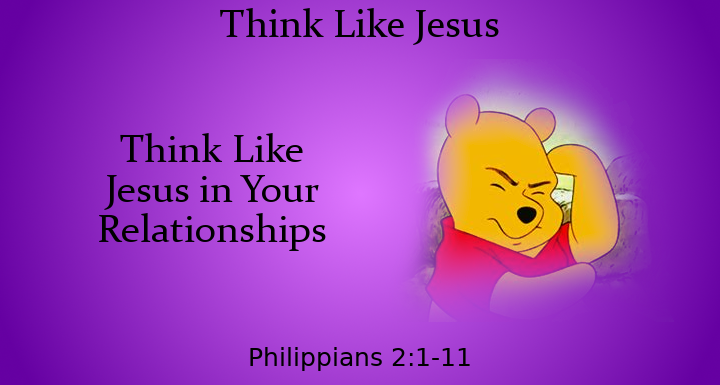 This passage teaches us how to think like Jesus in our relationships. It applies to marriage, family, school, friendships, work, and church. … Last week we saw that our unity with Christ is the basis and foundation for the Christian thought-life, in Philippians 4:2, Paul calls out a couple of the leading woman in a church for not being like-minded in the church. Being like-minded doesn't mean we never disagree. There will still be arguments, but we should all have the same direction and same end goals that unite us.

Verse 3 says, "Do nothing out of selfish ambition or vain conceit. Rather, in humility value others above yourselves."... We love ourselves; it's part of our culture, the selfie culture. We like raising ourselves up and being first fiddle. Sometimes though, it's important to raise others above us and be willing to play second fiddle.

Verse 4 says not to look only to your own interests, but also to the interests of others.

Verse 5 says in your relationships, have the same mindset as Christ Jesus.

Verses 6-11 shares the attitude of Christ we are to imitate:

Jesus was in very nature God, but He gave up the privileges of deity (v. 6), made Himself nothing, took the nature of a servant and became human (v. 7). He humbled Himself and became obedient to death on a cross (v. 8). Because of this, God has exalted Him (vv. 9-11).... Jesus continued to lower Himself from God to human to death in the worst of ways. But then He was exalted to the highest of plays and been named Lord of Everything. This prophecy tells us that one day every knee will bow and every tongue will confess that Jesus Christ is Lord. This doesn't mean that all will be converted and saved and make it to Heaven. Many knees and tongues will do it involuntarily. It is the ones who do it of their own free will that are saved.

What would happen if you would take up the cross and follow Jesus and His example? Here are two things that are apparent from scripture. 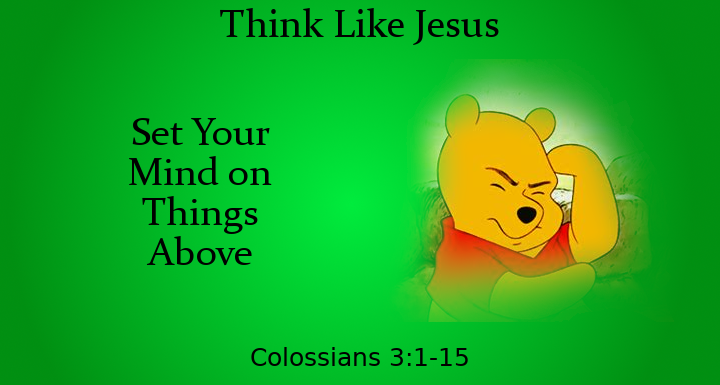 Before we get to the sermon, let's have a quick review as said by Ephesians 4:1`7-23… We all start out in this world confused. We are prone to certain destructive thoughts and desires such as greed. Fortunately, there is a way

Some questions to ask yourself: 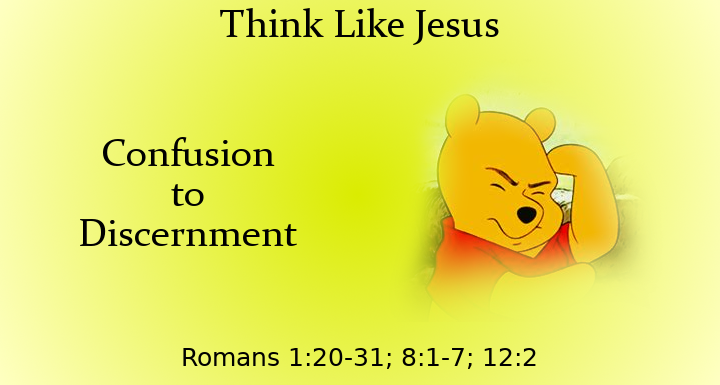 Before we can learn to be discerning, we need to see how we are confused. 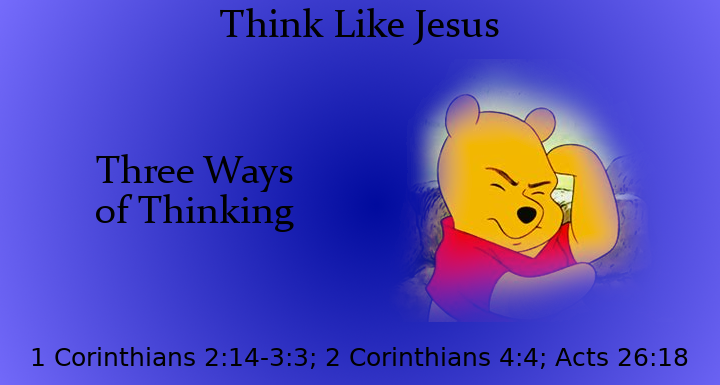 Carnal people believe in God but don’t grow in their faith. Since they fail to mature in their faith, they end up being continuously jealous and quarrelsome and act like a natural person. The natural person is what we are prior to salvation and that salvation should change us to be spiritual people. However, many of us are carnal people instead. The Holy Spirit should change us into spiritual people

The key to thinking like Jesus is your relationship to the Holy Spirit. … You probably caught that He was mentioned in all three sections. He is the one who changes us if we keep our relationship with Him strong.