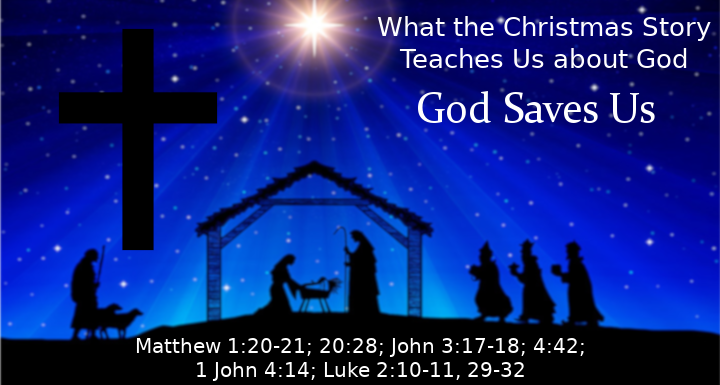 The main theme of the whole Bible is God’s intention to save us. The Christmas story reveals some things about God’s salvation that we did not clearly see before then. 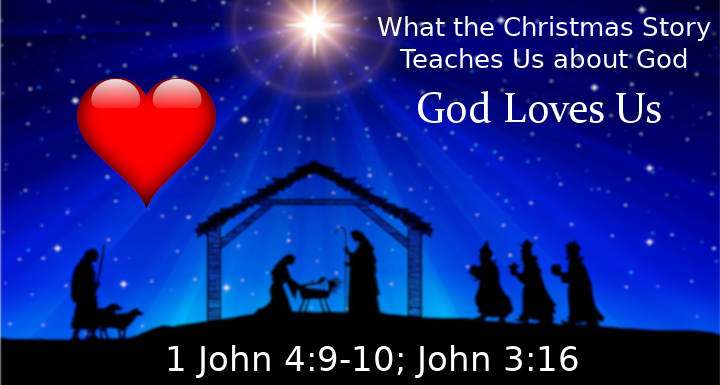 John 3:16 tells us that God loves the world. … The term translated “so” can have two meanings. It could refer to degree (“so much” or manner (“in this way”). John is known for using phrases with double meanings, so it is likely supposed to be both.

Here is a four-part summary of John 3:16 by Max Lucado:

The initiative is with God. God loves us and gives us the chance for salvation. All we do is believe and are granted eternal life. 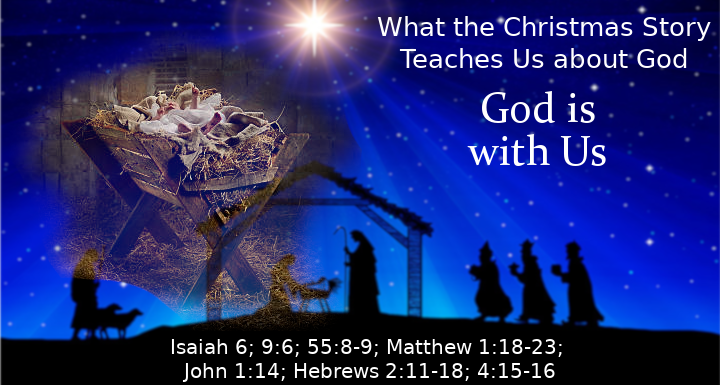 Today we look at two terms that help to describe God. They are very different terms, and both are important aspects of who God is.

Transcendent means God is far away; God is different from us, He is holy.

Immanent means God is near to us; God is present in our world, He is like us.

Which of these is emphasized in the Old Testament? Transcendent (Isaiah 55:8-9; Isaiah 6) … In general, the Old Testament gives us a sense of God’s holiness and greatness. God is a being that no human can wrap their mind around. … However, there are times that God makes his closeness known to His people in the Old Testament, such as in Isaiah 7 which also happens to be a prophecy of the birth of Jesus. The prophecy there has a fulfillment in the same chapter, but also another (and greater) fulfillment later (Isaiah 9:6; Matthew 1:18-23).

Which of these is emphasized in the Christmas Story? Immanent (Matthew 1:18-23) … This is the greater fulfillment of the prophecy in Isaiah 6 and 9. God came to Earth. He walked with humans, ate with tax collectors, conversed with prostitutes, and forgave sinners.

God is both transcendent and immanent. If we view God as one and not the other, we get a wrong view of God. … If God is immanent and not transcendent, then we lose fear of God and start worshipping everything because God is in everything and everything is good. There is no reverence for God. … If God is transcendent and not immanent then we have no personal relationship with God and risk believing God exists without living like we believe in the God the Bible tells us about. God is just out there and doesn’t care to be involved in our lives.

The incarnation means God became a human (John 1:14; Hebrews 2:11-18; 4:15-16). … Jesus lived as a human and has gone through everything that we have or will go through. Jesus has faced the temptations that we face. Because of this, we can go to Him for help when we face issues we struggle with.

Look at the passenger side mirror the next time you get in a vehicle. It should say “Objects in mirror are closer than they appear.” So is God. Sometimes God can seem so far away that it feels like He couldn’t understand what we go through, but He is always near and has gone through temptations the same as us. 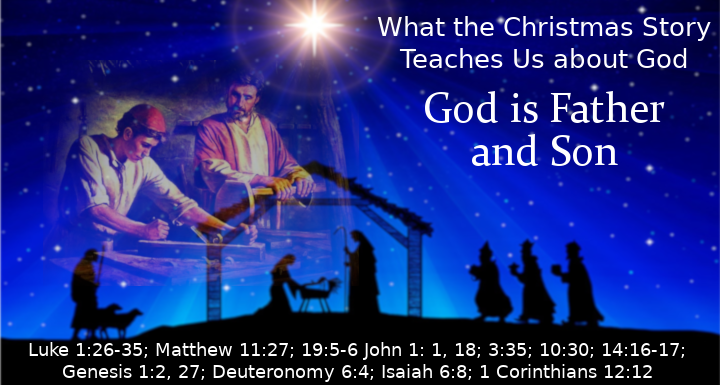 The most basic thing we learn about God from the Christmas story is that God has a Son (Luke 1:26-35). … An Angel revealed to Mary that she would give birth to God’s son, Jesus.

When Jesus grew up, He spoke of God as His Father. He said there is a unique relationship between the Son and the Father (Matthew 11:27; John 3:35; 10:30). … Here we start to see what it means for Jesus to be the Son of God. They have a unique relationship where they are one and the same.

John explains in the introduction to his Gospel that the Son was with God in the beginning and the Son was and is God (John 1:1, 18). … John gives us an interpretation of what the Father and Son relationship means. They are the same and yet distinct, something that is difficult to imagine and explain. … Side note: yes, we are also sons and daughters of God, but Jesus is the unique Son of God.

The Old Testament hinted that there was some kind of multiplicity to God even though there it also states there is only one true God (Deuteronomy 6:4; Genesis 1:26; Isaiah 6:8).

What analogy does the Bible give to help us understand this two-in-one God? Marriage (Matthew 19:5-6) … In marriage there are two individuals who work together and often function as a single entity. … Here’s a couple more: scientists regard light as waves and particles. And then there’s pants, a pair of pants. Pants are a single garment even though they are also a pair.

As the Bible continues to reveal God, we learn that He is three-in-one--Father, Son, and Holy Spirit--which we call the Trinity (John 14:16-17). … Jesus Himself tells us there is a third person who is part of this one true God. The Holy Spirit first appears in the Bible in Genesis 1:2.

What analogy does the Bible give to help us understand this three-in-one God? A body (1 Corinthians 12:12) … A body has multiple parts that work independently and together at the same time. It’s not a perfect analogy, but it’s the best we have and it helps us to see how the church should be too. … Sometimes people try to use water as a way to explain the Trinity because it has three forms: water, ice, and gas. But this comparison falls short and leads to the error of modalism where God is only one of the three at a time instead of all three all the time. … It’s not really possible to fully understand the nature of God, but what kind of God would He be if we could fully understand who and what He is?

What does this mean for our lives? God is relational. … God wants a father-child relationship with all of us. For those of us who grew up with good fathers, this is probably easier for us to accept than for those who grew up with a bad father or no father at all.